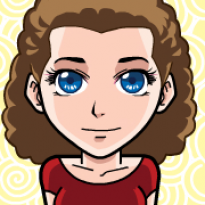 Book lover and blogger at mybookfile.wordpress.com. Sometimes I write something of my own. I specifically love fantasy and historical fiction but I read other genres at well, though less often... and I'm a sucker for chicklit once in a while ^_^

I'm an English student so I also tend to read some required literature or philology related.

You can find me on wordpress, twitter @MybookfileBlog and on facebook.com/mybookfile. 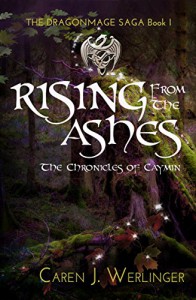 I received a free copy from Natgalley in exchange for an honest review.

“For all who still believe in magic… and dragons”

This story will take you back to Ireland in the time when Christianity slowly gained support, Northmen came to attack the country and where there was war among clans and kings. These things were, however, not that unusual during that time period but it was lovely to read about these things through Ash’s point of view. Since she was raised by badgers, ever since they found her after the raid, she had no idea of human traditions or ways of life. Reading about the above through her eyes makes it all seem so trivial and illogical. This was a refreshing point of view which I really liked.

The setting is great and well worked out. Sometimes I wished that there were some more details, but the amount of detail suited the story. There was enough information on the age, environment, people and magic for the story to be fully formed without any holes. I specifically liked the way the features from the time period were represented. Again there was not too much detail here but just enough to get a clear picture of, for example, some of the traditional celebrations or a description of a raid.
I also liked the idea of a small community  concealed and protected by an ancient forest.  The idea that there is a mutual understanding between the forest and the people who may live inside it was very original and that the forest decides to let you enter and that it protects the people it keeps within is just marvellous.

Unfortunately I didn’t like most of the characters that much. There was some information on them, but not much. The information provided was at first about their looks and then sometimes a detail here and there about their movements or motives. In my opinion most characters were somewhat flat in this first book. It could be because they were minor-characters, but also those that I thought of as more important characters could have had some more depth. Some of the animals were described in some more details and maybe that is why I liked Ash’s conversations with them best.
I really did like Peíst as a character and as a historical/mythological phenomenon because it appears that a dragon or great serpent was in fact called Peíst.  I found more information on this subject on this blog: The Atlantic Religion.(Click here for the link to the post). In order not to spoil anything more I’ll just say this: Peíst and his history are well worked out and it appeared to me like this is going to come back in more detail later on in the series (at least I hope so…please?)

The writing style was pleasant. I’m so glad that it was not first person because that would have made for a less appealing tale. There was a clear direction as to where the story was going and even though some of the sidetracks screamed; I am interesting, the storyline just continued the way it was supposed to. There was no use of difficult diction and the descriptions themselves created a picture of everything that was going on in the story. Like I already said, there were no holes that I felt I had to fill up in order to understand the book.

Overall I liked it but I am still a little reserved. Though the historical background and the magic were great, the flat characters made it a little less interesting at certain points so that my mind wandered around a bit. I am curious as to where this is going so I am looking forward to the sequel! I will give this book 3.5 stars.